The rest of that title quote is: “It pisses me off! I’ll go over to a little baby and say ‘What are you doing here? You haven’t worked a day in your life!’” Unfortunately right now I’m working every day of my life and that pisses me off no end.  Being the eternal student means any spare spondoolicks go towards debt repayment, so no holiday for me for the foreseeable future. As a bibliophile, the obvious answer to this is a vicarious holiday via the printed word.  Here I am reading in my local park: 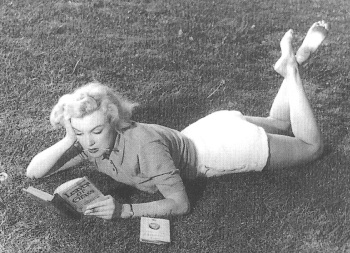 Firstly, I’m having a staycation with The Cornish Coast Murder by John Bude. I love golden age detective novels, and this is one of the wonderful re-issues under the British Library Crime Classics series.  Set in the coastal Cornish village of Boscawen, the Reverend Dodd and his friend Dr Pendrill are avid consumers of detective fiction, meeting every Monday for dinner and to divide the spoils of their library parcels:

“heaven forbid that the shadow of any crime should ever fall across the grey-stoned cottages, the gorse dotted commons and cliff-girdled seas of his beloved parish. He preferred to get his excitement second-hand and follow the abstruse machinations of purely imaginary criminals”

Reverend Dodd doesn’t get his wish however, as someone murders the dastardly Julius Tregarthen, bringing the pragmatic Inspector Bigswell to the village, in direct contrast to the Reverend’s more idiosyncratic detective style:

“it’s always struck me that the detective in fiction is inclined to underrate the value of intuition. Now, if I had to solve a problem like this, I should first dismiss all those people who, like Caesar’s wife, were above suspicion, merely because my intuition refused to let me think otherwise. Then I should set to work on what remained and hope for the best!”

This approach seems highly dubious to me, but then even the level-headed Inspector has his own prejudices, as he records in his notebook:

“Three shots entered the room at widely scattered points. The garden is fifteen feet in length. This argues a poor shot.  Probably a woman.”

Between the two of them however, they of course manage to find the villain.  The Cornish Coast Murder is not the greatest detective story ever written, but it is entertaining and well-paced, and has a surprising sympathy for the murderer – this is not a clear-cut case of right/wrong. Bude went on to write other cases set in picturesque tourist traps  – The Lake District Murder, The Sussex Downs Murder.  He didn’t change his pseudonym to a local town each time though, disappointingly (John Ambleside? John Bexhill-on-Sea?)  I may take another holiday later in the season to Bude’s other murderous locations…

Secondly, and in direct contrast to the cosy Cornish amateur detecting, The Shore by Sara Taylor. I can’t claim this as a relaxing vacation read, despite the beautiful cover: 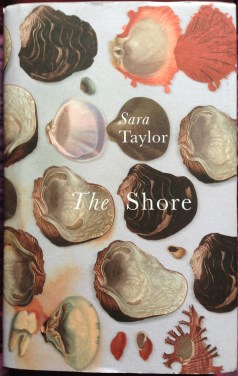 The Shore tells the lives of islanders off the coast of Virginia. The chapters are told from the viewpoints of different characters and move back and forth across time from the nineteenth century to the twenty-second, showing how people, bloodlines, events and actions are all interwoven. Taylor’s writing is breathtakingly beautiful but her gaze is unflinching:

“The Shore is flat as a fried egg; on a clear day from our upstairs porch it feels like you can see into tomorrow…We take the force out of hurricanes, grow so much food that a lot of it rots on the vine because there’s too much to pick or eat, but people say the government doesn’t remember we’re here, that we get left off when they draw the maps.”

Life on The Shore is not easy – the people are brutal and brutalised, violent and destructive – particularly towards women. At times the unrelenting harshness of the lives depicted made this a tough read, but Taylor’s writing is so original, so tight and accomplished, that I felt myself drawn onwards, like one of her characters unable to stop themselves:

The Shore is its own place, with its own rules.  There are ‘witches’ – women bearing the scars of domestic violence who medicate those in need with traditional remedies from the land – and storm bringers, young girls with gifts inherited from their grandfathers:

“She finds a breeze, gives it a twist, and pulls the particles across the bay like teasing knots out of her sister Lilly’s hair.  It is a gradual process, and her pace slows as she waits. The ambient moisture begins to bead and grow heavy , a million pregnant bellies.  Then, she brings it down.”

The Shore is truly astonishing. It’s definitely one to read only when you’re feeling robust enough to take it, but I wholeheartedly recommend it.

“The stars are smeared across the sky, not the pretty scatter that most people imagine, but a crush of millions in the beautiful, pure darkness”

For me, this sentence sums up The Shore.  It is striking, unsettling, the imagery is unexpected and there is a hint of violence – all from the point of view of an individual who knows how powerless they are but still carries hope.

To end, the obvious choice of Madge (who appeared in Desperately Seeking Susan, as did Steven Wright who started the post – this was, of course, complete coincidence brilliant planning on my part) in a video where the budget appears to have been maxed-out on matching bangles for all concerned…these were simpler times, people.  All together now: “Holidaaay! Celebraaaate!” :

19 thoughts on ““Babies don’t need a vacation, but I still see them at the beach…” (Steven Wright)”