A couple of weeks ago the news reported it was the busiest day for holiday getaways. And just in case there was any doubt that this was a British news story, it was delivered by a reporter standing next to a motorway, framed within a narrative context of extreme traffic jams, while the traffic behind her was disappointingly free-flowing. Brilliant. It’s the first bit of news that raised a smile from me after Brexit. 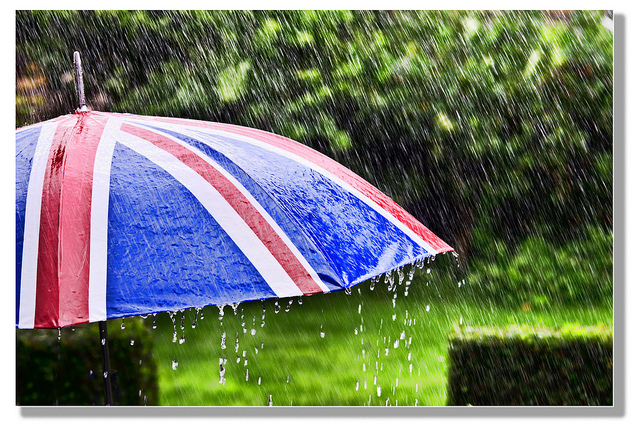 Sadly, my finances are as dire as ever so I will have to leave the joys of non-existent traffic jams to more solvent souls. Instead I looked to my TBR for some suitably summery titles and came up with two that by coincidence are both short story collections. So not quite the traditional holiday doorstop reading matter, but highly recommended nonetheless.

Firstly, Sunstroke by Tessa Hadley (2007), whose stories explore desire in various guises, showing how it is both extraordinary and everyday. The titular story looks at old friends Rachel and Janie, married with kids, committed to their lives yet willing to risk it all for a moment’s sexual excitement:

“Neither is exactly unhappy, but what has built up in them instead is a sense of surplus, of life unlived. Somewhere else, while they are absorbed in pushchairs and fish fingers and wiping bottoms, there must be another world of intense experiences for grown-ups.”

Hadley is very good at placing dramatic tension within these ordinary domestic details. Her settings and characters are wholly recogniseable, and it is this that makes her writing challenging: you can’t step away from it as something outside your experience. So even if you’ve never had an affair with your lecturer, tracked down the older woman who got away, or recreated the sexual betrayals of your parents within your own love life, as the protagonists of Hadley’s short stories have, it is difficult to claim that these experiences are entirely alien. Is it out of character behaviour, or is it that someone’s character is sublimated beneath the ordinary? Hadley questions how secure anything is, how sure we can be of the foundations of our lives, when in a moment, something can happen to change the narrative we’ve constructed:

“Even if we were good, if we were perfectly and completely chaste, we can’t control what happen in our imagination. So being good might only be another kind of lie.”

Hadley is a highly skilled writer. Often I found myself on finishing the stories thinking “Oh, that’s clever.” The collection works as a whole and the individual stories are exactly what the genre should be: powerful, contained, strengthened rather than weakened by their limited words. She’s also great at effective turns of phrase:

“For a moment he was sure she could smell something on him, see something of the dazzle that was clinging to him, dripping off him, flashing round in his veins. But he saw her deliberately tidy that intimation away, out of consciousness. This was her husband, the man she knew. He was a physics teacher and competition-standard chess player, wasn’t he?”

Secondly, The Shell Collector by Anthony Doerr (2002), written 12 years before the Pulitzer prize-winning All the Light We Cannot See. Having read this collection, I don’t think it’s too much to say the Pulitzer potential was already evident – this is a brilliantly written collection of stories, spanning several countries: Kenya, Liberia, the US,  Finland, Tanzania. In the titular story, a young boy loses his sight and discovers the love of his life:

“‘That’s a mouse cowry,’ the doctor said. ‘A lovely find. It has brown spots, and darker stripes at its base, like tiger stripes. You can’t see it, can you?’

But he could. He’d never seen anything so clearly in his life. His fingers caressed the shell, flipped and rotated it. He had never felt anything so smooth – had never imagined something could possess such deep polish. He asked, nearly whispering: ‘Who made this?’ The shell was still in his hand, a week later, when his father pried it out, complaining of the stink.”

As an adult, his quiet life collecting on the coast is disturbed by people wanting him to sting them with cone shells, convinced it will cure their various ills. It is a melancholy tale, about a search for meaning in the world, about loneliness and grief. Ultimately though, it is about resilience and love.

“He took the cone shell and flung it, as far as he could, back into he lagoon. He would not poison them. It felt wonderful to make a decision like this. He wished he had more shells to hurl back into the sea, more poisons to rid himself of.”

All eight stories in this collection are beautifully written; wise and moving. Even in such company, one of the stories which stood out for me was The Caretaker, about a Liberian refugee. Joseph Saleeby is not a particularly likable man when we first meet him: selfish, spoilt and making a living illegally. Then war breaks out, and he suffers horribly. He arrives in the US to claim refuge, deeply traumatised.  When the bodies of six whales are washed ashore, he takes their hearts and buries them on the estate where he is caretaker:

“He fills the hole, and as he leaves it, a mound of earth and muscle, stark amid a thicket of salmonberry with the trunks of spruce falling back all around it… he feels removed from himself, as though his body were a clumsy tool needed only a little longer. He parks in the yard and falls into bed, gore-soaked and unwashed, the door to the apartment open, the hearts of all six whales wrapped in the earth, slowly cooling. He thinks: I have never been so tired. He thinks: at least I have buried something.”

He starts growing fruit and vegetables on the plot of land and befriends the unhappy daughter of the owners. Things do not go well for Joseph as people don’t realise how mentally fragile he is, but his friendship with Belle endures:

“The girl saws a wedge from one of the halves. The flesh is wet and shining and Joseph cannot believe the colour – it is as if the melon carried light within it. They each lift a chunk of it to their lips and eat. It seems to him that he can taste the forest, the trees, the storms of the winter and the size of the whales, the stars and the wind. A tiny gob of melon slides down Belle’s chin.”

Doerr writes with delicacy but without sentimentality. His view is penetrating and unblinking, but compassionate. Just devastating.

To end, summer = Pimms, and this advert = another chance to acknowledge the enduring genius of Adam Ant:

28 thoughts on ““One benefit of summer was that each day we had more light to read by.” (Jeanette Walls)”