*This post contains spoilers for Claudine in Paris and Claudine Married*

“Definitely, there is something wrong with our married life. Renaud knows nothing about it yet; how should he know?”

Claudine is finding it hard to adapt to married life, much as she loves her husband. It’s hardly surprising, given that she is young and inexperienced – though not naïve – and has married a man twice her age. She is growing up, and I found her more likable in this novel than the previous two, as she acknowledges her cruelty and disregard for others’ feelings in the past, particularly poor Luce. But she still has her childlike moments:

“Without listening to him, I suddenly put the ruby in my mouth, ‘because it ought to melt and taste like a raspberry fruit drop’! Renaud, baffled by this new way of appreciating precious stones, bought me sweets the following day. Honestly, they gave me as much pleasure as the jewel.”

The start of the novel has some particularly unsavoury scenes to my twenty-first century sensibilities, when Claudine and Renaud return to her old school and sexually tease/demand kisses from the young adolescents there. It was really unpleasant, but thankfully soon over, and Renaud’s voyeuristic enjoyment of Claudine’s lesbian encounters sets the scene for later in the novel.

Claudine has to learn to adapt to a shared life, and she struggles with this. Renaud is not quite what she hoped he would be:

“I hoped so ardently that Renaud’s will would curb mine, that his tenacity would eventually overcome my fits of rebellion; in short, that his character would match the expression of his eyes, accustomed to command and fascinate. Renaud’s will, Renaud’s tenacity! He is suppler than a flame, just as burning, just as flickering; he envelopes me without dominating me, Alas! Are you to remain your own mistress forever, Claudine?”

They are also temperamentally incompatible: Renaud is urbane and sociable and enjoys travelling while Claudine likes being at home in the country.

“There is nothing nomadic about me, except my mind.”

They enjoy their sex life, but even at these moments of closeness there are distances to be traversed:

“To him [sexual] pleasure is something gay and lenient and facile, whereas it shatters me and plunges me into a mysterious despair that I seek and also fear.”

Colette is candid about sex in Claudine Married. It is not portrayed explicitly but it is dealt with directly. This includes when Claudine meets the charming Rezi:

“All her movements, the turn of her hips, the arching of her neck, the quick raising of her arm to her hair, the sway of her seated body, all described curves so nearly circular that I could see the design of interlacing rings, like the perfect spiral of seashells, that her gentle movements left traced on the air.”

They begin an affair, fully endorsed by Renaud, who provides somewhere for them to go. This is partly because he is titillated by it, and partly because his view of sex is phallocentric and so he does not take same-sex attraction between women seriously (while he is homophobic towards his gay son):

“You women can do anything. It’s charming and of no consequence whatever…”

The change from menage to menage a trois with the shallow Rezi has disaster written all over it, and Claudine knows it:

“I know that common sense, because it is my own particular brand; it allows me, precisely one minute before fatal blunders, to enjoy the lucid pleasure of telling myself: ‘This is a fatal blunder.’”

When the inevitable blow comes, Claudine returns to her beloved Montigny and Colette’s beautiful depictions of nature are once more to the fore:

“I had been able to bathe my bear hands and trembling legs in thick, deep grass, sprawl my tired limbs on the dry velvet of moss and pine-needles, rest without a thought in my head, baked by the fierce, mounting sun…I was penetrated with sunlight, rustling with breezes, echoing with crickets and birdsong, like a room open on a garden”

Claudine Married is a witty novel about the ways we blunder about in our close relationships. Claudine loves Renaud but is bored in their marriage; she admits she doesn’t love Rezi but is in sexual thrall to her. How it all plays out is believable and sad, without being tragic or overblown. The ending wasn’t to my taste but is probably more in keeping with the early-twentieth century time of writing.

The novella also has plenty to say about gender roles and how male and female sexuality is treated differently by society, but does so lightly and I really enjoyed this aspect of the novel which seemed remarkably forward-thinking.

Colette is such a beautiful writer and Claudine’s voice was as distinct as ever. I’ll be sorry to leave her behind after Claudine and Annie, of which more tomorrow 😊 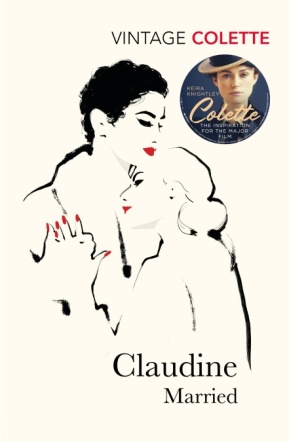 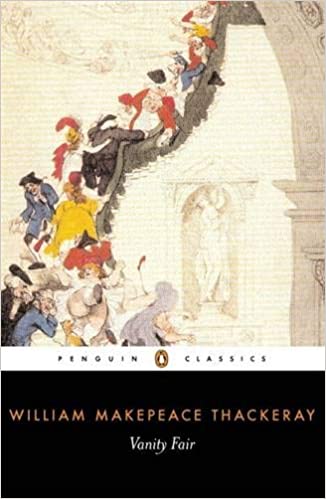