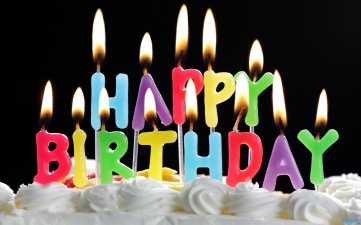 I read Rebecca as a teenager and thought it was great, but somehow never read anything else by du Maurier. I had the NYRB collection of her short stories in the TBR, and yet I always gravitate towards the novels I have, so I’m glad #DDMreadingweek gave me the kick I needed, as it’s a great read.

I’m rubbish at reviewing short story collections so please bear with me. This is an excellent selection of nine stories, five of which are 40+ pages, the shorter ones coming in between 10-20ish pages. For me the longer stories were the stronger in the collection – although all are compelling reads – so I’ll concentrate on a couple of those.

The first two were made into incredibly famous films, so I won’t dwell on those as many of you will know the stories. What I will say is Don’t Look Now is just as creepy as the film but with a really dark humour to it, and The Birds is miles better than the film (I’m not really a Hitchcock fan) and totally freaked me out to the extent that I’ve been looking askance at every pigeon which has crossed my path since.

In Blue Lenses,  Marda West has an operation to restore her sight. She is in hospital, intensely vulnerable, dependent on the nursing staff, her doctors and her husband. She has only what they say and the sound of their voices to go on. Already she feels unnerved, even around her husband:

“Now, for no known reason except that darkness, perhaps, had made her more sensitive, she was shy to discuss her eyes with him. The touch of his hand was the same as it had ever been, and his kiss, and the warmth of his voice; but always, during these days of waiting, she had the seed of fear that he, like the staff at the hospital, was being too kind. The kindness of those who knew towards the one who must not be told.”

She has the operation to fit the titular lenses as a temporary measure and is warned they will make everything monochrome. On using her eyes for the first time with the lenses, Marda is shocked to discover is that she now sees everyone with the head of an animal.

This could be funny, or ridiculous, but in du Maurier’s hands it is deeply upsetting. There is the suggestion that the animal Marda sees tells her something about the person. One nurse is a benign cow, the other a kitten. Her doctors are both terrier dogs, one a tenacious Jack Russell, the other a sweet natured Highland. Someone she trusted is a snake, possibly in cahoots with a vulture…

At first Marda believes it is an elaborate joke being played on her, but then she goes to the window:

“An elderly cod, leaning on two sticks, was being helped into a waiting car by the boar headed porter. It could not be plot. They could not know she was watching them.”

She is completely isolated. No-one will believe her and they will think she is mad. Who can she trust? The cow? The Highland terrier? What will Marda do with this newfound insight into people and their motivations? What will happen when the permanent lenses are fitted?

“The utter hopelessness of her position was like damnation itself. This was her hell. She was quite alone, coldly conscious of the hatred and cruelty about her.”

Blue Lenses takes a bizarre premise to question what we choose to see, how much we really know people, and to dramatise how vulnerable we are when we trust. The denouement is devastating.

Split Second begins like many a domestic fiction, and uses this familiarity to lull us into a false sense of security:

“Mrs Ellis was methodical and tidy. Unanswered letters, unpaid bills, the litter and rummage of a slovenly writing-desk were things she abhorred. Today, more than usual, she was in what her late husband used to call her ‘clearing’ mood […] First, she checked the linen. The smooth white sheets lying in rows upon their shelves, pillow slips beside, and one set still in its pristine newness from the shop, tied with blue ribbon, waiting for a guest who never came.”

So far, so deeply ordinary. Then Mrs Ellis goes for a walk, a walk she has done many times before, and when she returns it is to find strangers living in her house and no-one with any idea who she is. The police are called, but to Mrs Ellis’ horror it is she who is taken to the station:

“Could this officer and his subordinate be genuine members of the police force? Or were they, after all, members of the gang? This would explain their strange faces, their obvious mishandling of the situation. In which case they were now going to take her away to some lair, drug her, kill her possibly.

‘I’m not going with you,’ she said swiftly.

‘Now Mrs Ellis,’ said the constable, ‘don’t give any trouble. You shall have a cup of tea down at the station, and no-one is going to hurt you.’

He seized her arm. She tried to shake it off. The young policeman moved closer.”

Split Second is incredibly clever in how it positions the reader. It shows us the epitome of middle-class calm, we think we know the story we are getting, then like the experience of Mrs Ellis, everything is thrown in complete disarray. Twice I thought I had the answer to what was happening, and twice I was wrong, having followed the false trails du Maurier had set up.

Split Second is a sad story, and one that suggests we can attempt to create all the calm and order we like in our own small setting, it will be no match for the chaos and disarray of other people in the wider world.

The common theme across many of the stories is people doubting their view of reality: feeling isolated and threatened with nowhere to turn. It is this that makes du Maurier’s stories so unsettling and upsetting. The horror comes not from the more outlandish situations but from the feeling of dread, of creeping insanity with no sanctuary in sight.

I’m sure someone told me once that there’s a lot of snobbery around Daphne du Maurier, that she was seen as a popular writer and therefore not a very good one. It really is ridiculous; du Maurier is such a good storyteller, she draws you in from the start, holds you there until she’s ready to let you go, and makes it look easy.

To end, there are many cinematic adaptations of du Maurier to choose from, but I’ve picked the title story of this collection, as it was an adaptation she approved of (unlike The Birds):