Thinking back to when I bought The Beautiful Summer seems so foreign now even though it was at Birmingham New Street station. It’s unusual for me to buy a new book, I usually go to charity shops. But I’d finished my book on the train journey in so I needed something for the journey back. That book was Kate Atkinson’s Transcription, and in WHSmith I could get it with The Beautiful Summer half price (it’s part of Penguin’s European Writers Series). The thought of being in such a huge public space with people milling around, and wandering into a shop to browse and purchase on a whim seems a lifetime ago… 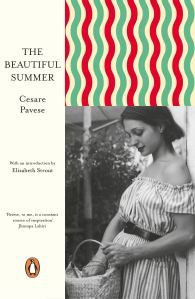 The Beautiful Summer opens with sixteen year old shop assistant Ginia enjoying the feeling that “Life was a perpetual holiday” in 1930s Turin. On the cusp of adulthood, she is also frustrated at knowing there is more life to be had,  most likely away from her friends.

“Rosa was indispensable; with her easy, familiar ways and her high spirits she made Ginia’s superiority plain to the rest of the company.”

Ginia takes up with the older Amelia, an artist’s model, and her free-living friends. Ginia is both intrigued and intimidated:

“the excitement at the discovery that they were both made in the same mould and whoever had seen Amelia naked was really seeing her. She began to feel terribly ill at ease.”

Ginia falls for Guido, an artist who seems to do very little painting, if at all. Her naivete is almost painful to witness:

“He likes me a sweetheart; he loves me. He did not believe I was seventeen, but he kissed my eyes; I am a grown-up woman now”

As the summer progresses, so does their affair, and Ginia grows up. The story of The Beautiful Summer is a tale oft told, of lost innocence, heartache, and learning who you are as you forge your own path. What lifts it above cliché is the compassionate characterisation of Ginia, the non-judgemental portrayals of young people who do not always behave well, and the sense of sad survival rather than devastation.

“Ginia knew he would never marry her, however fond she was of him. She had known this from that evening when she first offered herself to him.”

To end, a Brummie band in honour of my copy’s origins (OK, a blatant excuse for a Duran Duran video as I don’t generally indulge my love of 80s pop during my NADIM posts.) Apparently Simon Le Bon nearly drowned filming this; they should have strapped John Taylor to the windmill instead, I’m sure the buoyancy of his hair would have kept him afloat: 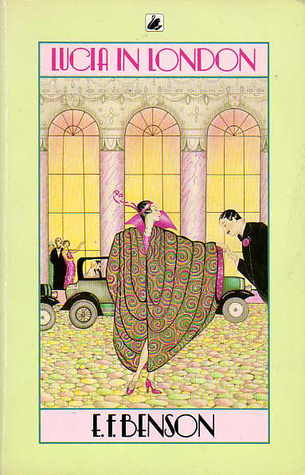