Following on from yesterday’s post about Anita Brookner who began her career as a novelist at 53, today I’m looking at another late debut writer; Elspeth Barker wrote this gothic novella at the age of 51. It concerns a teenager though: 16-year-old Janet has been found dead at the bottom of the stairs, dressed in her mother’s black lace evening dress, mourned only by her pet jackdaw who then kills itself, and her siblings. The novella then goes back in time over Janet’s life, but this is less a murder mystery and more of a character study.

Janet is an awkward child. She gets angry. She’s socially ill at ease. She has frizzy, unmanageable hair. She gets car sick. She irritates her parents. She reads a lot and is more clever than her classmates ,which causes distance. She is miserable and life is unfair. Her family don’t fit in where they are.

“Anger and outrage welled within her: she would speak the truth. ‘It was because of the witch. I wanted them to see if the witch was there,’ she wailed. ‘Don’t talk such nonsense; you know as well as I do that witches are only in fairy stories; and you read too many of those if you’d like my opinion.’ The mothers exchanged satisfied glances: they all thought Vera went too far in her choice of children’s reading; and she smoked cigarettes and wore slacks.”

Soon, however, they inherit an ancient, crumbling pile in the far north of Scotland, and Janet loves it:

“Auchnasaugh, the field of sighing, took its name from the winds which lamented around it almost all the year, sometimes moaning softly, filtered through swathes of pine groves, more often malign, shrieking over battlements and booming down the chimneys”

“She had no fear of its lofty shadowed rooms, its dim stone passages, its turrets and towers and dank subterranean chambers, dripping with Verdigris and haven to rats.”

It also has her eccentric aunt Lila, who wafts around dressed in black collecting fungi and incurring the wrath of Janet’s mother Vera; Jim, a taciturn odd-job man skulks around the place.

“It was a rigorous life, but for Janet it was softened by the landscape, by reading, and by animals whom she found it possible to love without qualification. People seemed to her flawed and cruel.”

So although Janet finds solace, she is still an outsider. Very much a loner and isolated at her boarding school. We follow her through the years and what emerges is a young life of a deeply awkward, lonely girl.

“What use was it to be racked by pain for animals and the general woes of the world when she was unmoved by the sorrows of people she knew?”

O Caledonia is thoroughly gothic so you need a pretty strong stomach at times – something I don’t have, particularly around animals. But it’s superbly written, startling and atmospheric.

Overall, I was left with a feeling of sadness. Janet has a lonely life and then before she’s had a chance to carve out anything better for herself, she is killed. O Caledonia really gets under your skin.

If you live in the UK, the news has been dominated by one story for weeks: the Scottish referendum.  On 18 September the Scottish people voted in favour of staying the union, but this wasn’t a vote for the status quo, and as such the news coverage continues, assessing the changes that are needed.  Prompted by this current affairs Caledonian focus, I thought I’d look at work by Scottish writers who engage with ideas of land and home, and how complex those fundamentals can be. 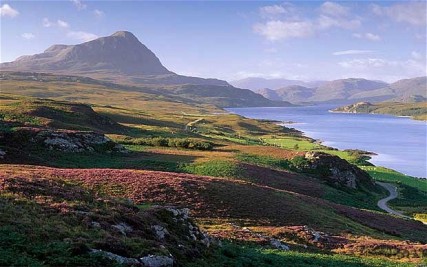 Firstly, a Booker-nominated debut novel, Our Fathers by Andrew O’Hagan (Faber & Faber, 1999).  This was a lesson to me to persevere with books, sometimes it pays off.  At first I found the story of male familial relationships utterly depressing:

“My father found it easy to hate his father; he had much more ease, in that sorry business, than his own son would ever have.”

The reason I stuck it out was because I’d read other novels by O’Hagan and I knew what a beautiful and sensitive writer he is.  Our Fathers is narrated by Jamie, son of Robert, grandson of Hugh.  The lives of the family are imbedded in the landscape of Glasgow, a landscape that Hugh is determined to change:

“For years the city vibrated to the sound of diggers and pneumatic drills. Old powdery tenements fell to the ground. Whole townships cleared away.  It became part of the noise of Glasgow…there were half-chewed buildings on every street”

As an adult Jamie returns to Glasgow to visit the dying Hugh, from Liverpool where he has been trying to forget the past.  As Jamie returns to Scotland, he feels his way amongst the people, places and language that are at once entirely familiar and entirely apart:

“The men at his table had similar faces.  Red and watery-eyed. All the trace of former good looks upon them. …The air was filled with their smoky laughter and the sound of the jukebox. Music, laughter, the shadows of words.”

“‘Are the spirits high?’ I asked. And then all of a sudden I felt how foreign that phrase would sound… ‘Can he… can he thole the pain?’”

And what made Our Fathers initially so depressing for me was what made it ultimately so rewarding.  Out of pain, abuse, mistakes, recriminations and hardship comes forgiveness, wisdom, kindness and redemption:

“I stood beside him, and listened to his life, and I held his hand, and I finally grew up”

It was an incredibly moving book, finely observed and insightful regarding the delicate meaning in moments that can barely be articulated.

Secondly, a poem by Kathleen Jamie, Here Lies Our Land.

Here lies our land: every airt

Belonging to none but itself.

We are mere transients, who sing

Its westlin’ winds and fernie braes,

‘Come all ye’, the country says,

You win me, who take me most to heart.

It’s a short poem, and so I don’t want to analyse it to death, but I will just say I think the way Jamie creates a gentle, reflective tone through metre and language captures something fundamental and enduring; its language like the land she speaks of. You can read Kathleen Jamie’s thoughts on the poem and her writing process here.

To end, a man who shares my view on what Scotland’s finest export is (not counting Sean Connery): 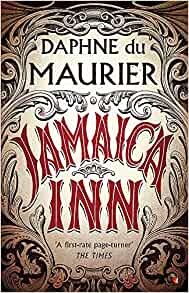