Harsh, Charles M Schulz!  But I chose this quote because I decided to write a post about home and I’m in a decade of my life where I’m supposed to get excited about viewing other people’s new kitchens, asking intelligent things about the organisation of the cutlery drawer/soft close cupboards/steam versus conventional oven for cooking fish, rather than say what’s really on my mind (I don’t care/is there any wine/where is the corkscrew kept?)

So, forgive my and Charles’ bitchiness.  The reason I decided to write a post about home is that I’m giving serious thought to moving, and leaving London.  I’m a Londoner born and bred so I’m wondering how I go about finding a new home. Home is an elusive thing, you can’t predict where it will be, should the feeling take you.  If only finding it was as easy as clicking your heels:

There are lots of places I like, but the only place that’s not London where I’ve felt at home is a city bookended by meadows, which means I can never live there, or I would spend every waking moment of June with my face permanently like this: 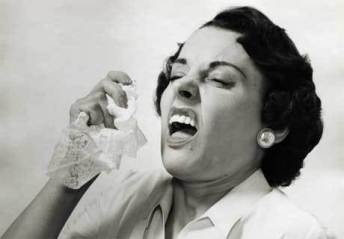 And so the search continues.  Now, it could easily be argued that many, many stories are about the search for home, so I’ve decided to pick two for this post that are also about houses.  Firstly, The Minaturist by Jessie Burton.  You couldn’t move for the hype about this book when it came out last year, so forgive me if I’m telling you what you already know.  In the late seventeenth century, country girl Nella Oortman moves to Amsterdam to begin a new life as a wife to wealthy merchant Johannes Brandt, a man she barely knows.  Johannes is often away travelling, and Nella finds herself trying to make a home with his terse, mysterious sister Marin, the manservant Otto, and giggling, nosy housekeeper Cornelia.

“Nella stands on the steps of Johannes’ house, the eve of new year passing with no ceremony.  She wants to be splintered by the cold, transfigured by light.  The canal path is empty, the ice a ribbon of white silk between the Herengacht houses. The moon above is larger than she has ever seen it, larger even than last night; an astonishing pale circle of power.  It looks as if she could reach out and touch it, that God has pushed it down from the heavens for her human hand to hold.”

Returning from one of his travels, Johannes presents Nella with a wedding gift, a huge cabinet replica of the house they live in:

“The accuracy of the cabinet is eerie, as if the real house has been shrunk, its body sliced in two and its organs revealed.”

What slowly reveals itself to the new bride however, is not the construction of the house but the secrets and lies contained therein.  The process is assisted by the mysterious titular character, whose miniatures for the house enable Nella to understand more than she ever would alone.  Johannes’ success through the expanding Dutch trade company the VOC brings him more enemies than friends and their home will see its secrets opened and exposed with devastating consequences.

“Nella sees the hundreds of ships moored, their bodies spanning down the long, tapering jetties belonging to the VOC.  Fluyts and galliots, hookers , square-sterns, various shapes and purposes all for the republic’s good….Those ships that have sails look as if they are in bloom ready to catch the trade winds and take their sailors far away.”

The Minaturist is about how we set about creating our homes, how much we can ever know people, how powerfully destructive secrets can be, how our lives are rarely what we plan for them to be.  It’s about all that people can give to one another in such circumstances, despite – or maybe because of – all our flaws and imperfections.  The Minaturist was definitely over-hyped and I didn’t love it, but I did enjoy it and it is well-paced.  Jessie Burton used to be an actor and I’ll eat my (Dutch, felt) hat if this isn’t filmed.

Secondly, Gaglow by Esther Freud.  This was Freud’s third novel, and I think it’s where she really starts to get into her stride as a novelist.

Sarah is a pregnant actor between jobs, sitting for her father, an artist. He tells her about Gaglow, their ancestral pile in Germany, and the narrative switches between first-person Sarah in the late twentieth century and the third-person describing the three Belgard sisters, living at Gaglow just before the First World War.

“Marianna sighed deeply as she walked towards the house. Empty, she loved Gaglow more than at any other time. Today, with its rooms so recently vacated, the spaciousness that filled it was still warm. Each window hummed with talk and music, and the garden had a fleeting look as if a crowd of people had simply moved inside.”

Sarah’s grandmother Eva is the youngest of Marianna’s daughters, the observer of all that goes on in Gaglow as her elder brother Emmanuel , much adored, returns home with stories of impending war. He is right of course, and rather than enjoying a privileged middle-class round of summer parties to find himself a wife, he signs up:

“Emmanuel was ragged with exhaustion. He threw himself don on the sofa then immediately sat upright, swearing that he wouldn’t waste a moment of his leave in sleep. His mother and sisters crowded round him, craning forward, sniffing and smiling and trying to distinguish the unfamiliar smell of him. The burnt smell of fresh air.”

Gaglow is a very different exploration of home to The Minaturist in that while Nella is alone and Johannes a self-made man, essentially both adrift, Freud is exploring connectivity across generations, where we come from and what endures.

“I tried to imagine my great-grandmother living here, alone with her companion […] They would walk the wide paths together, not always in their widow’s black, and in the early evening, drink coffee with cream out on the porch…I thought I caught their shadows, playing cards into the night.”

Freud returned to houses in 2003’s The Sea House and again in her novel published last year, Mr Mac and Me,  about Charles Rennie Mackintosh’s Suffolk home. I think this demonstrates how houses are powerful symbols for us – repositories for those we love, significant events in our lives, our memories and mementoes.  Now I just have to find myself a new one!

To end a video which I dedicate to my brother, who basically wants to be Michael Buble, and my sister-in-law, who has to put up with these delusions. They move into their lovely new home next week – good luck T & Z!

8 thoughts on ““Decorate your home. It gives the illusion that your life is more interesting than it really is.” (Charles M. Schulz)”