This my contribution to the 1968 Club, running this week and hosted by Karen at Kaggsy’s Bookish Ramblings and Simon at Stuck in a Book. Do join in! 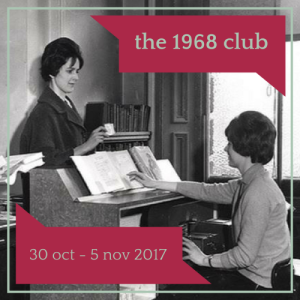 Firstly, The Quest for Christa T by Christa Wolf (trans. Christopher Middleton). This is the story of Christa’s life, told from the point of view of a schoolfriend who becomes reacquainted with Christa before leukaemia cuts her life short. The opening paragraph captures the concerns of the novel- the impossibility of ever truly knowing another person, and the fallacy of ever trying to capture them in order to portray them to others:

“The quest for her: in the thought of her. And of the attempt to be oneself. She speaks of this in her diaries, which we have, on the loose manuscript pages that have been found, and between the lines of those letters of hers that are known to me. I must forget my memory of Christa T – that is what these documents have taught me.  Memory puts a deceptive colour on things.”

Christa is an enigma. She is self-contained but within that is a resistance; having survived Hitler’s Germany she doesn’t readily conform to East Germany’s strictures:

“she was always tall, and thin, until the last years, after she’d had children. So there she was, walking along in front, stalking head-in-the-air along the curb, and suddenly she put a rolled newspaper in her mouth and let go with a shout: HOOOHAAHOOO – something like that. She blew her trumpet and the off-duty sergeants and corporals of the local defense corps stopped and stared and shook their heads at her.”

This is a watershed moment for the narrator, the point at which she notices Christa and begins to acknowledge her wonder at her friend. However, while Christa is compelling, she also lives a life that is completely ordinary. She grows up, gets married, has children, and works as a teacher.

Despite this, the quest is not one that can be fulfilled – at the end we are in the position of the narrator in that we don’t know who Christa T is either. This is Christa’s final resistance: she conformed exactly how she was supposed to under Nazism and communism, and yet the state, her friends, and the readers of her story cannot box her in.

“There it is again, the language of her sketches, there her voice is heard again.  Yet it will eventually have to stop; the moment is coming where the voice fails, and it can’t be interrupted. Some details pass me by, while I anticipate the end.”

The Quest for Christa T is fragmentary and non-linear, yet it still manages to be a satisfying whole. It is a subtle, beautifully written novel which allows for the reader’s intelligence to find their own meaning. But don’t just take my word for it, take David Bowie’s: The Quest for Christa T was one of his 100 must-read books. 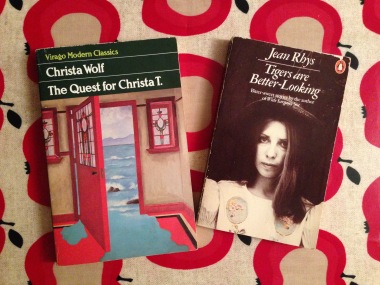 Secondly, the short story collection Tigers are Better-Looking by Jean Rhys, which features two collections, the first 8 stores collected under the titular tale, the last 9 printed from The Left Bank, originally published in 1927. The rest of The Left Bank stories were judged by Rhys to be too weak to merit republication. Surprisingly though, these were my favourite part of Tigers are Better-Looking. While I enjoyed the first selection of stories, I felt they weren’t as strong as Sleep It Off Lady, her final collection of short stories published 8 years after this, which I had greatly enjoyed. While The Left Bank stories are essentially sketches, I thought they had real verve so I’ll concentrate on this section. When read all together they give a wonderful sense of a particular city at a particular time. Rhys captures people with artful description:

Illusion “Miss Bruce was quite an old inhabitant of the Quarter […] one thought of her as a shining example of what character and training – British character and training – can do. After seven years in Paris she appeared utterly untouched, utterly unaffected, by anything hectic, slightly exotic or unwholesome. Going on all the time all round her were the cult of beauty and the worship of physical love: she just looked at her surroundings in her healthy, sensible way, and then dismissed them from her thoughts”

And she is equally adept at capturing relationships, such as that between a painter and ex-prostitute in Tea with an Artist:

“And then I remembered the way in which she had touched his cheek with her big hands. There was in that movement knowledge, and a certain sureness: as it were the ghost of a time when her business in life had been the consoling of men.”

Rhys often drew on her own life and there are certainly stories here that will be familiar to anyone who has read her work: depression and poverty in Hunger, the life she knew as a shop model in Mannequin, but she also broadens her gaze. There is a touching portrait of an old man and child in From a French Prison, a tragic love affair in La Grosse Fifi quite different from the dinginess and malaise that characterises the affairs she normally writes about.The longest story is Vienne, and here is where the shadow of war begins to loom over the Europe she has been portraying. A young couple, too sad to be Bright Young Things, desperately traverse the continent without quite understanding the danger, but knowing they must reach safety.

“We drank a still wine, sweetish, at dinner. It went to my head and again I could tell myself that my existence was a dream. After all it mattered very little where we went. Warsaw, London…London, Warsaw…..Words! Quite without the tremendous significance I had given them.”

I don’t think Tigers Are Better Looking is Rhys at her best, but there is still so much to enjoy in this collection, flashes of brilliance even when the stories aren’t as strong. She’s a wonderful writer and reading this has encouraged me to dig out the remaining novels of hers that I have yet to read. 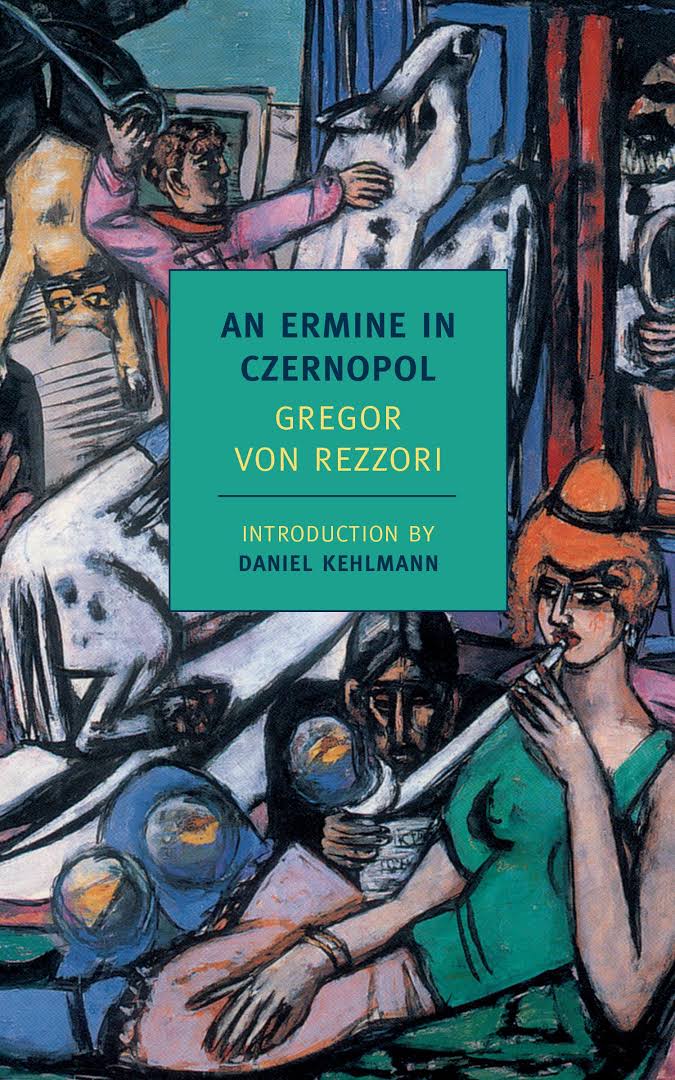